All posts in technology

TOKYO, Jan 18 (Reuters) – The Bank of Japan is conducting a review of its policy tools to make them more sustainable, as the hit to the economy from the coronavirus is seen prolonging the battle to achieve its elusive 2% inflation target.

It will release the findings in March.

Below are some options likely to be discussed by BOJ policymakers, or being floated by markets as a possibility:

Wary of its ballooning holdings of risky assets, the BOJ wants to give itself more flexibility in tapering purchases of exchange-traded funds (ETF) when markets are calm.

The BOJ may tweak its current pledge to buy ETFs by up to 12 trillion yen ($116 billion) per year, and replace it with a more vague guidance. 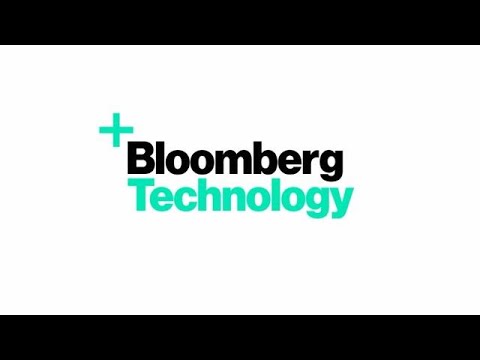 Opponents of the move are worried about the risk of triggering a stock market sell-off.

The BOJ has been successful in keeping interest rates boxed in a tight range under yield curve control (YCC) – but perhaps too much with its huge presence drawing criticism for drying up market liquidity and distorting pricing.

To address such concerns, the BOJ will find ways to let market forces drive bond prices such as by widening the implicit range it sets around the 0% target for 10-year bond yields.

It could also introduce steps to prevent super-long yields from falling too much, such as by reducing purchases of bonds with longer maturity.

The BOJ has introduced several lending schemes that reward financial institutions 0.1% interest for borrowing money from the central bank, including one to nudge them into boosting lending to cash-strapped firms hit by COVID-19.

Critics say the schemes could push up short-term rates and undermine the effect of the BOJ’s negative rate policy.

The BOJ may make technical tweaks to its three-tiered reserve system, such as increasing the pool of funds for which negative rates apply.

The BOJ has said the review will aim to make its policy more “effective,” suggesting it could look into fresh tools that support government efforts to boost Japan’s long-term growth.

Some market players believe the BOJ could begin buying or accepting environment-friendly “green” assets as collateral for its lending schemes.

That would mesh with premier Yoshihide Suga’s “green” growth strategy that seeks to boost investment in carbon-neutral technology.

The BOJ may expand an existing scheme that encourages banks to boost lending to industries with growth potential. But the central bank is cautious of buying green bonds for fear doing so would go beyond its mandate of achieving price stability.

The BOJ has been clear on what won’t change after the March review.

It will not overhaul YCC, as well as its 2% inflation target and forward guidance such as a pledge to maintain its ultra-easy policy until inflation stably exceeds 2%.

That means the review will be more a fine-tuning of the BOJ’s current policy framework to make it more sustainable.

Impact of Technology on Marketing Products

Technology is advancing in a pretty big way. In the last century alone we have experienced technological innovations and inventions that could have only been dreamt about by those of old.

What seemed impossible back in the 60s has now become a reality and an integrated part of human life today. Technology isnt just given to the privileged few, today everyone is now able to use them freely for whatever they see fits their lifestyles and personality.

Here are the key points on how it affects the over all product that you would be marketing:

Product introduction is now made simpler and easier.

The internet has affected how products and services are presented to the general public. It is reviewed and developed based on how they want people to perceive the product and how it is to be used. Feedback is immediately given by the users and it is through this that product innovation is created and has caused an environment of continuous evolution. It makes the interaction between end-users and manufacturers more direct and in sync, taking out the middle man in sales more often than not thus affecting more of how the product is going to be priced.

Price the internet allows information on products to be gathered by clientele/customers so easily.

This allows the consumers to make a comparison of products and quickly decide on which they feel would be best worth their time and money. With the growing number of smartphone users being able to check out products as they are on the go makes a good medium for the users to quickly go through the process of choosing what products to buy even before they reach the counter.

Promotion and its varying disciplines such as advertising, direct marketing, public relations are all easily disseminated to the general public via many technological methods and tools such as websites, smartphone applications, email and text messaging.

These tools are so versatile that in capable hands, gives the marketing professional to personalize the product in anyway that they see would fit the end-users.

These are just but a few of the things and ways that technology has affected and improved on the marketing strategies of products and services.

Regardless of what you are going to sell the present evolution of technology has empowered people to reach out and touch people in ways that people of the past have only dreamt of. Individuals are now more connected in many different ways at so many different levels.

It would be foolish for any marketing leader to ignore the cost effective and efficient ways that technology can provide to those that use it to their advantage, cause if they dont their competition most definitely will.

Topsy-turvy: A third of us would withdraw money from our accounts and stuff it under our bedroom mattress if rates turn negative

What should investors and savers do if interest rates turned negative?

New research just published by financial giant Aegon suggests that a third of us would withdraw money from our savings accounts and stuff it under our bedroom mattress. But many more – 42 per cent – would use it as an impetus to save less and invest more.

The findings come amid ongoing speculation that the Bank of England might cut interest rates to below 0.1 per cent in order to revitalise the UK economy.

Last week, its monetary policy committee decided to stick for the time being with a base rate of 0.1 per cent, but a New Year cut cannot be ruled out.

In theory, negative rates are a stimulatory measure. They encourage consumers to spend rather than save while they incentivise banks to lend cheap money to businesses – the economy’s engine.

He says: ‘The idea behind negative rates is to get money flowing out of banks and into the economy in the form of loans and mortgages. Negative rates should encourage borrowing, while discouraging savings.’

As Aegon’s research confirms, negative rates – or the mere threat of them – can encourage people to invest more.

There are steps investors and savers can take that should stand them in good stead if zero or negative interest rates are introduced.

Work out the Chances of negative rates

The Bank of England has already asked banks to report on their ‘operational readiness’ to deal with zero or negative interest rates. But finance bosses have warned The Old Lady of Threadneedle Street that such an interest rate strategy may not work.

Only a few days ago, Amanda Murphy, head of commercial banking at HSBC UK, told the Treasury Select Committee that the Bank of England ‘has to carefully consider whether negative interest rates have the desired outcomes’.

Duncan MacInnes is investment director at asset manager Ruffer. He believes the Bank won’t pull the trigger on negative rates.

He says: ‘In August 2019, Mark Carney [the then Governor of the Bank of England] said negative interest rates were ‘not an option’.

Now, his successor, Andrew Bailey, says the Bank is ‘not there yet’. As a result we still think the Bank is reluctant to go down the negative interest path.’ Darius McDermott, managing director of investment adviser Chelsea Financial Services, agrees, saying negative interest rates are ‘not at all certain in the UK yet’.

But, more importantly for investors, he reckons that many factors that go into picking stocks in the current low interest rate environment would still apply if rates turned negative.

These include a search for replacement income (dividend income) and the continuing attraction of growth businesses that borrow at low rates today in order to generate strong revenues tomorrow.

2. Think about the market’s reaction

If interest rates do turn negative, it would affect the value of assets in different ways.

Holding cash would earn little reward and there is even a chance savers may have to pay to keep cash in the bank. Also, if negative rates drove down yields on Government bonds, investors might be tempted to seek riskier assets in the hope of a better return.

Jason Hollands, a director at wealth manager Tilney, says those in search of a real return (one above inflation) from their savings would be ‘pushed up the risk curve into corporate bonds and equities’.

But he warns that the value of such assets would not be guaranteed and would fluctuate.

McDermott also says negative rates would be a ‘positive’ for the value of gold. He says: ‘Gold is a much safer store of value than cash at this point.

Also, negative interest rates would mitigate the Achilles heel of gold – namely its inability to earn interest or produce an income. Suddenly a major disadvantage becomes an asset.’

Some specific types of bond may work well in a negative interest rate environment.

Peter Spiller, veteran manager of investment trust Capital Gearing, likes TIPS (Treasury Inflation-Protected Securities). These US Treasury bonds, he says, protect investors from the decline in the purchasing power of their money.

‘It is very hard to invest at the moment,’ admits Spiller.

‘I don’t envy smaller investors doing it on their own.’

3. Find the funds that will benefit

Having weighed up how negative rates might impact your investment portfolio, the next step is to ensure you have the right investment funds.

Teodor Dilov, fund analyst at wealth manager Interactive Investor, rates investment fund M&G Global Macro Bond because of its ability to scour the world for the most attractive bonds.

He explains: ‘The fund boasts solid performance over the medium term, generating a total return of 44 per cent over the past five years.

Although the annual dividend is low, at one per cent, dividends are paid quarterly.’

Its annual income is equivalent to just over three per cent, with income paid quarterly.

Tilney’s Hollands recommends that those who are used to holding large cash reserves should take the opportunity now to consider investing more.

He says: ‘I urge people to think carefully about whether they have the right balance between cash savings and investments – and to consider funnelling some cash they are unlikely to need over the medium term into investments that have the potential to deliver better returns.’

These investments, he says, include corporate bonds, index-linked bonds, absolute return funds, real assets such as gold and infrastructure – and equities.

He recommends investment trusts Personal Assets and Ruffer – both listed on the London Stock Exchange and which invest across a broad range of equities, index-linked bonds, gold and cash.

Hollands describes the pair as ‘investments that could be used as one-stop shops for the modest investor wanting to invest across a range of asset classes, beat inflation and preserve their capital’.

Funds to take advantage from this, he predicts, would be AXA Framlington Global Technology and Baillie Gifford Global Discovery.

If negative interest rates are introduced by banks in the near future, Ruffer’s Duncan MacInnes says they would confirm what we all know already: ‘that we live in a topsy-turvy, messed up world’.

By planning for them now, even though they may not happen, you give yourself the best chance of protecting your long-term wealth.